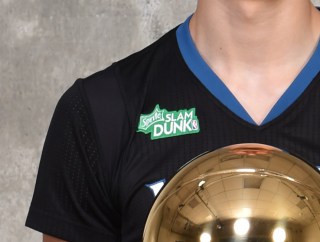 Adam Silver has said it’s inevitable more than once, and the league’s new broadcast rights dealmentions it specifically.

The reason it hasn’t happened yet is that it’s believed to be worrisome to a segment of the league’s fans, who may not like the non-traditional approach.

But the league experimented with ads on jerseys recently, and fans didn’t seem to care — in fact, it’s possible that they didn’t even notice.

From a Q&A with Silver by Kerry Eggers of the Portland Tribune:

Tribune: Is there an inevitability of having ads on jerseys? When will it happen?

Silver: During the slam dunk competition on Saturday night of All-Star Weekend, all the contestants were wearing a Sprite logo on their jersey. It was fascinating to me it got almost no attention. That goes to show that, while I understand what the notion of NASCAR-like uniform conjures in fans, there is a tasteful way to have relatively small branding added to the jerseys that would provide additional value to our sponsors and the league.

The logo was small, but was easily visible on the front of all of the jerseys worn by the Dunk Contest participants.

Those aren’t traditionally made available for sale, though it’s unlikely that Timberwolves fans would be deterred by the green Sprite logo if these particular Zach LaVine jerseys showed up in the team’s arena apparel shop.

Wonder how many Ads will be on the Jerseys for the 2016 NBA All Star Weekend in Toronto?