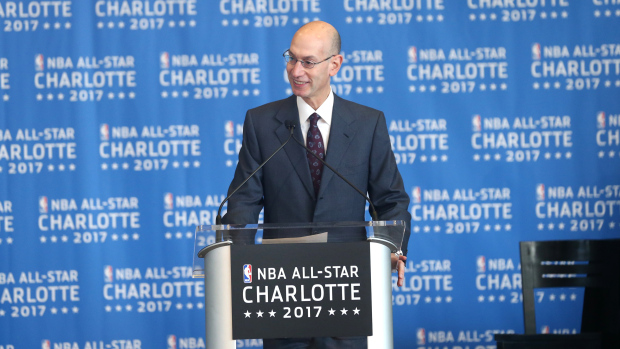 The NBA salary cap was set Wednesday for next season at $70 million, a higher-than-expected number that paves the way for free agent contracts to be signed.

The league said the cap increased by 11 percent from last season’s $63.1 million and the 2015-16 cap will be the highest ever – though it will be shattered next summer. It had been projected to come in closer to $67 million until recently.

With the cap set, the league’s moratorium will be lifted at midnight, and deals and trades that were agreed to since free agency opened on July 1 can become official beginning Thursday at 12:01 a.m. EDT.

Also, the tax level increased 10.3 percent to $84.7 million. Teams whose payrolls exceed it will be subjected to penalties.

The salary cap is derived in part on league revenues. It is expected to vault to about $90 million for the 2016-17 season, when the league’s new national TV contracts begin.

In the meantime, there’s plenty of money for teams and players next season. Maximum salaries will rise, because they are based on a percentage of the cap, depending on a player’s years of service.

LeBron James, should he sign for the max, would make $23 million next season with more than 10 years in the league.